This is the second in a series of blogposts exploring 20th Century Upholstered Furniture Design and Designers, and in this second blogpost we’re going to highlight the Modernism and the iconic Bauhaus.

Around 1925, a new rationality took hold in the world of furniture design, and this style became known as Functionalist Modernism. This was encouraged by the emergence of the works and theories of the Bauhaus (translates as “building house”), a revolutionary German school of arts and crafts (established in 1919 and staffed by leading architects, designers, and painters until the Nazis closed it in 1933). Bauhaus used crafts as experimental techniques and trained students to design for mass production. Low price levels, maximum utility, good quality, and simple, clear forms were considered essentials of well-designed consumer goods. Although the school closed in 1933, the staff continued to spread its ideals as they left Germany and emigrated all over the world. The austerity of the postwar era enforced a simplicity that meant as a devastated Europe was being rebuilt, people accepted the need for cheap, simplified furniture. This era is sometimes known as ‘mid-century modernism’.

All furniture design was influenced by the social and economic trends of the era: formal living declined; the mechanisation of household tasks expanded; living spaces shrank, and with more machines in the home, it meant chairs were required to adapt to the new norms of 20th century living. They became smaller, lighter, mass-produced and easier to maintain. The availability of wood in Scandinavia led to similar rational, modern furniture, using a variety of laminating techniques (and the broad acceptance of this led to contemporary mass-produced furniture. We have some examples of functionalist-modern-styled upholstered furniture below.

The Bauhaus was a design school founded by architect Walter Gropius in modern day Germany in 1919. Gropius argued that a new period of history had begun with the end of the great war. He wanted to create a new architectural style to reflect this new era. To these ends, Gropius wanted to reunite art and craft to arrive at functional products with artistic merit. The Bauhaus school concept was heavily influenced by 19th-century English designer William Morris (1834 – 1896), who had argued that art should meet the needs of society first and foremost and that there should be no distinction between form and function. Gropius thus argued that this new style should be functional, cheap and consistent with mass production. The Bauhaus style (sometimes known as International Style) was marked by the absence of ‘unnecessary’ ornamentation and by harmony between function and design.

The changes of venue and leadership resulted in a constant shifting of focus, technique and instructors. Modern industrial techniques also made certain materials more readily available, such as steel, glass, plywood and plastic. Such materials were seen as unconventional for use in furniture making at the time, but facilitated mass production and promoted the Bauhaus’ spirit of practicality. The school was closed by its own leadership under pressure from the Nazi regime. But the various staff and students continued to spread its ideas as they left Germany and emigrated all over the world – indeed, it is thought that the closure of the school spread the core concepts of the Bauhaus style more quickly as a result. The Bauhaus style became one of the most influential currents in modernism.

The celebration of modern technology and progressive design was the most effective accomplishment of the Bauhaus. Forms, colours, and materials previously confined to shops and factories were introduced into homes and offices with considerable stylishness. Materials such chrome-plated metal tubes, ‘Bakelite’ and other man-made materials were commonplace . Much of the furniture used from the 1950s onwards in reception rooms, kitchens, or dining areas derived from Bauhaus originals. 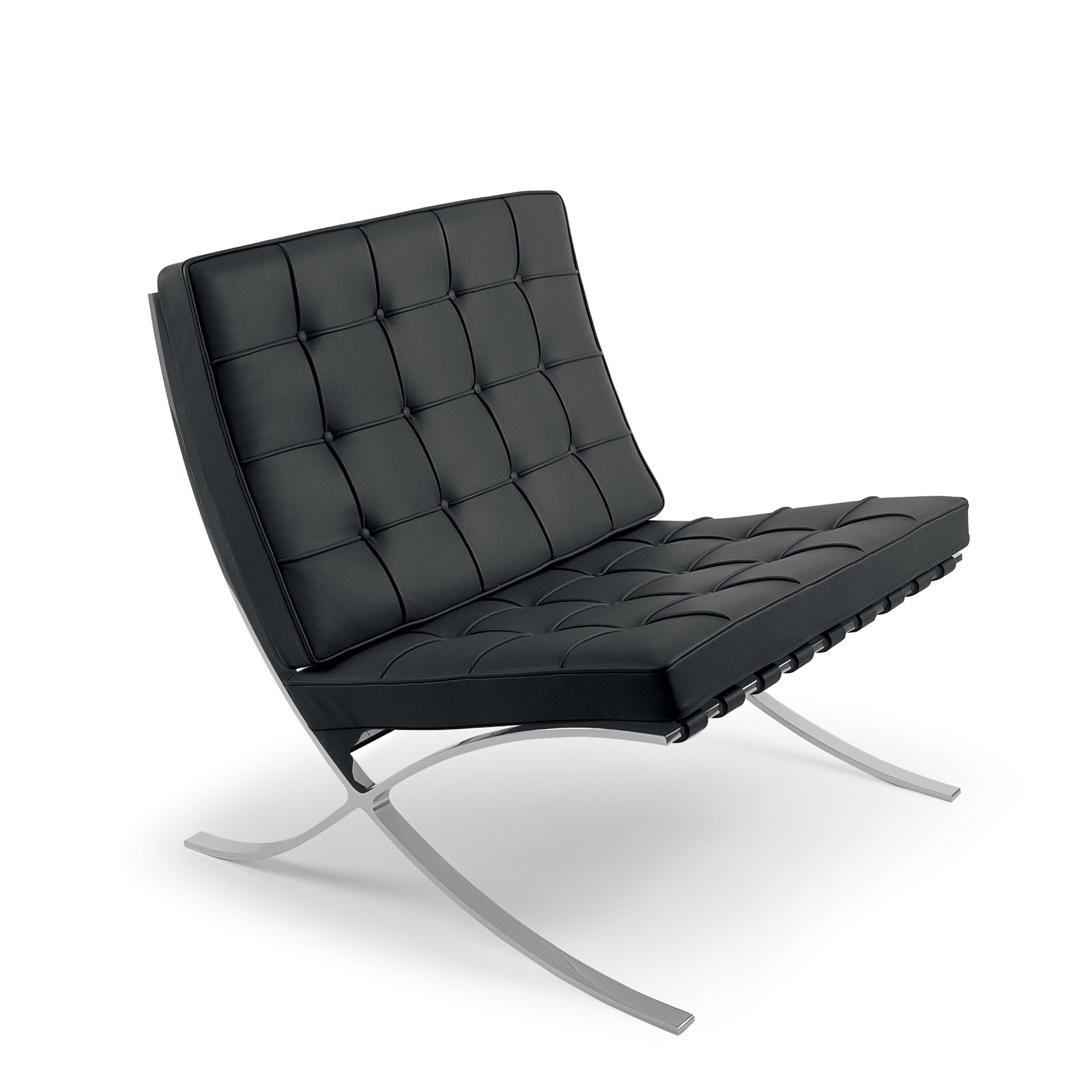 Perhaps the most famous piece of upholstered furniture produced through the Bauhaus style was the Barcelona chair (shown above), designed in 1929 for the Barcelona International Expo by Ludwig Mies van der Rohe and Lilly Reich. Although sometimes thought to be ‘Art Deco’ in terms of its styling and design, it shows a growing trend of minimalism in its design, prioritising function over ornamentation, and shows how the crossover of styles during this period were commonplace. Below I continue to showcase the mid-century modernist style by listing many furniture designers of note from this period, listed in alphabetical order by their surname.